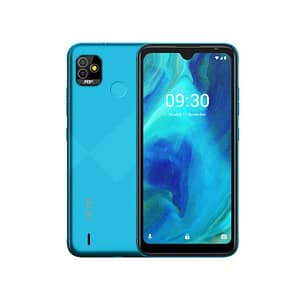 Add to wishlist
Questions? Request a Call Back

TECNO CAMON 18P is one of the latest additions to an everlasting list of TECNO phones, and the popular CAMON series focused mainly on photography.

While there are many expensive smartphones out there, TECNO leans more towards manufacturing phones at affordable prices – providing what the end-users need most like a good screen, better cameras, good battery life, friendly software experience, and most especially, optimized overall performance at a price that won’t break your bank.

Being one of the successors to Camon 17, TECNO Camon 18P comes with many notable features. This includes 128GB storage, an improved camera, a larger display, a 33W Flash charge, etc.

If this is all you’re looking for in your next smartphone, the TECNO CAMON 18P could be the best choice for you. It comes packed with the MediaTek Helio G96 gaming and battery optimization focused processor, a 6.8″ Dot-In FHD+ cinematic display with 120Hz refresh rate that can brighten up too, a dependable 5000mAh battery with 33W flash charge, 128GB of internal storage and 8GB of RAM, a 48MP flagship-level camera, and many more

The TECNO CAMON 18P is where you look for a beautiful and outstanding design. From the placement of its rectangular-shaped rear camera to its colorful back finish, it feels like you’re holding a piece of a premium device. Also, this device is designed in a way that makes it comfortable to hold in your palms. Moving to the front reveals the large 6.8″ Dot-in display with a resolution of 1080×2460 pixels. The display gets quite bright, this makes it usable in almost every condition.

While planning to get a new phone, one of the main priorities is getting a phone with notably good performance. Of course, you don’t want to get a phone that keeps you waiting on every task. The TECNO CAMON 18P comes with an Octa-Core gaming processor powered by the MediaTek Helio G96 chipset. In its price range, this phone performs well in day-to-day tasks like playing games, texting, watching videos, etc. Also, its performance is backed up by 8GB of RAM which enhances the overall performance and gives more room for multitasking.

Plenty of storage to play with.

Owning this phone, you’d want to take many pictures, play high graphics games and videos, and download songs and all others, all of which consume lots of storage. With the 128GB of internal storage on the CAMON 18P, users are given an ample amount of space to store all their files without having to always clear the storage. Not just that, this phone features a dedicated micro SD card slot where you can easily expand the storage if you ever need more.

The triple-camera setup at the rear consists of a 48MP main camera, 16MP Wide-angle + Macro camera, 2MP depth sensor for perfect Bokeh and portrait shots, an AI lens, and Quad-LED flash. 48MP Clear and Steady Video Camera, 50mm Pro Portrait Camera For selfie lovers, the device now has a 16MP front camera, Powered by TAIVOS (TECNO AI Vision Optimization Solution), this device uses AI to automatically enhance every shot you click on it. Talk of the improved Night Mode, it performs excellently well by reducing over-exposure, compensating with the needed amount of brightness, and boosting the images shot in dark scenarios.

Ultra-Night Portrait mode is another feature of this device. This device makes it possible to take portrait pictures even in low-lightning conditions. Without blowing out the subject with over-exposure, Night Mode 2.0 uses AI to automatically process the portrait details and gives you clearer and brighter portrait pictures.

We will not but mention it’s HIS (Hybrid Image Stabilization) combining the technology of EIS with AIS to provide stable video footage when it’s activated. This could help in scenarios where you don’t have a tripod to shoot your next video. Just enable this mode and be rest assured to get less-shaky footage.

There are just many camera improvements on the TECNO CAMON 18P which are better experienced than told. There are still features that focus mainly on dark-skinned people, AI Beauty mode, Video Beauty, AI Scene Detection, Animoji, HDR portrait, Video Bokeh, etc., all on this device which makes it prove the tag of being a Camera smartphone in its price segment.

With all the great features the CAMON 18P has to offer, a good battery is what’s needed to fuel the experience. This device comes with a large 5000mAh battery that could last for about 2 days on normal usage. And unless you’re always on the screen, it’s hard to consume its battery in a day. Also, charging this device is pretty fast. With its 33W Flash Charge, you’ll no longer have to tarry just to juice up the battery.

The TECNO CAMON 18P also features a powerful Battery Saving mode that automatically adjusts the performance and elongates the battery life. With this mode turned on, you could enjoy your phone doing the normal stuff for a longer time without panicking over a low battery – especially when you don’t have your charger with you.

There are no reviews yet.